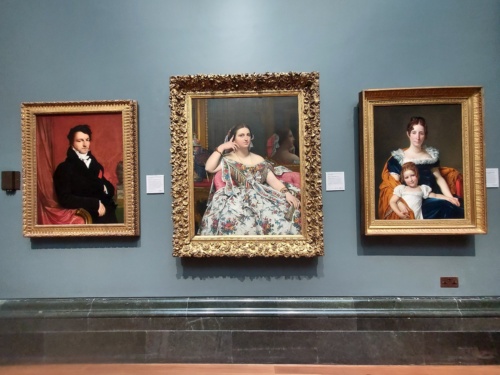 WHL presents a walk-through of London galleries where you can find classic art from the 1800s. And despite the title, the focus isn’t just Impressionism and Post-Impressionism but ‘beyond Impressionism’, the artists and art movements that inspire contemporary artists.

The capital’s galleries and museums host some of the most extensive and magnificent collections of Neoclassical, Romantic, Impressionist, Post-Impressionist and Pre-Raphaelite works. A visit to the likes of the National Gallery, Tate Britain, the Wallace Collection, and the Courtauld Gallery will surely rekindle your appreciation of such artists and also prove to be something of an art history lesson. 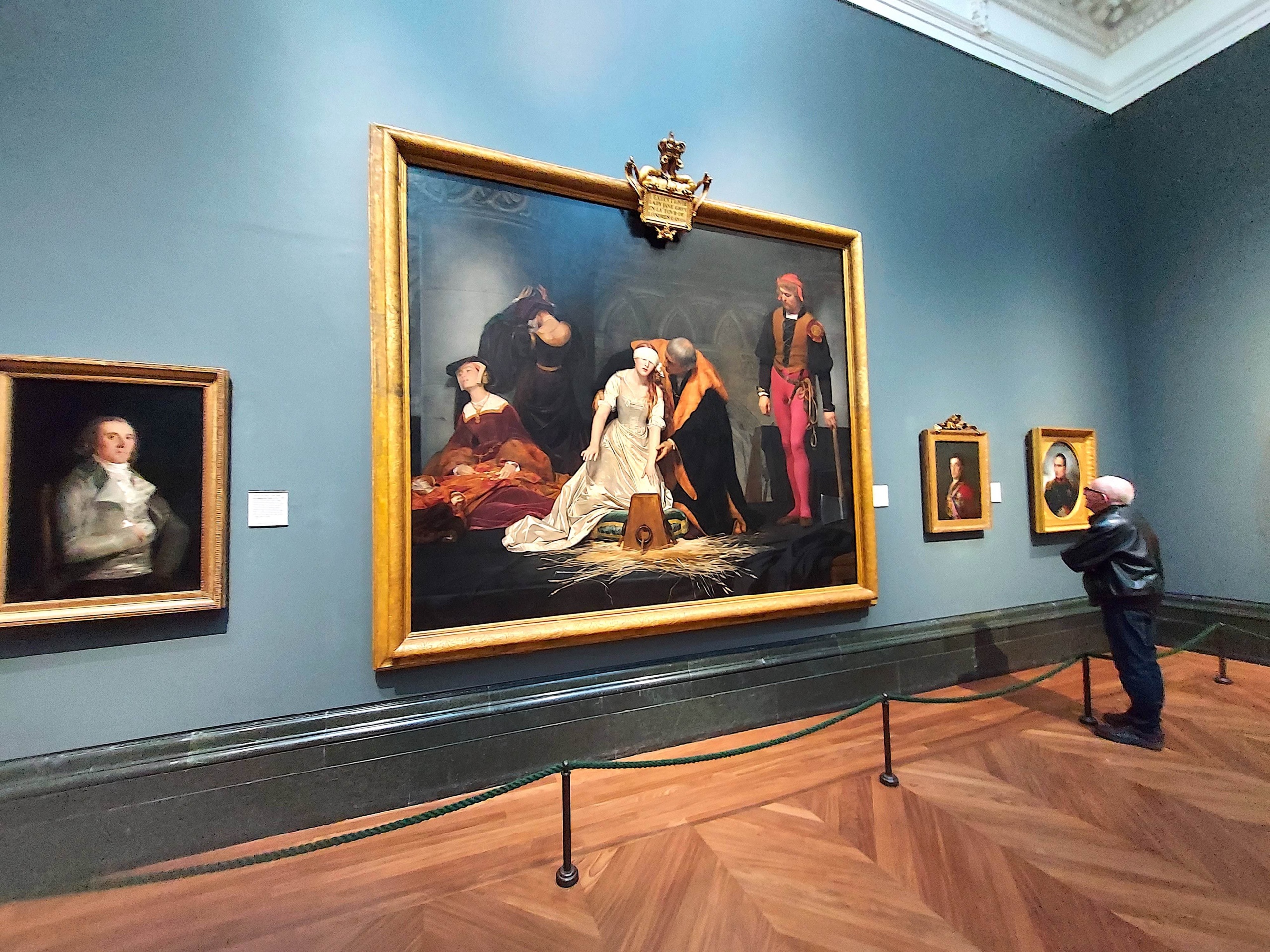 By the early 1800s, the Neoclassicists and the Romanticists had emerged as two distinct movements. The Neoclassicists were sticklers for precise brushwork and anatomical details. Also, they generally preferred morally uplifting historical, mythological and religious themes. Creative works from Ancient Rome and Greece were heavy influences.

The Romantic movement was a reaction against this. They moved towards greater personal expression and depictions of the natural world rather than the classical tradition. Interestingly, the works of French artist Jean Dominique Ingres can be classed as Neoclassical but also owed much to the prevailing Romantic spirit. He pointed out: “To draw does not merely mean simply to reproduce contours. Drawing is not just the line, drawing is also expression.” So there was much cross-fertilisation and while art movements are often presented as neat groupings; there were many nuanced layers and gradient hybrids. 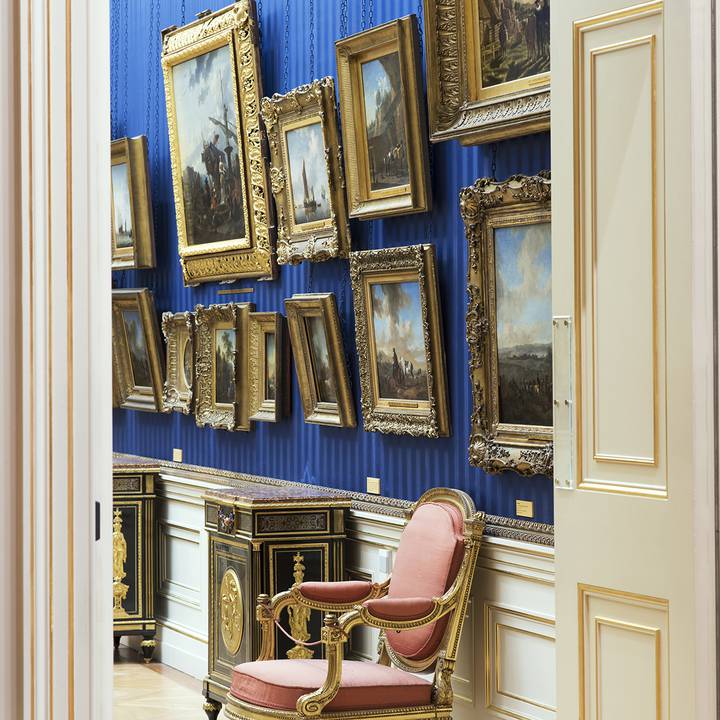 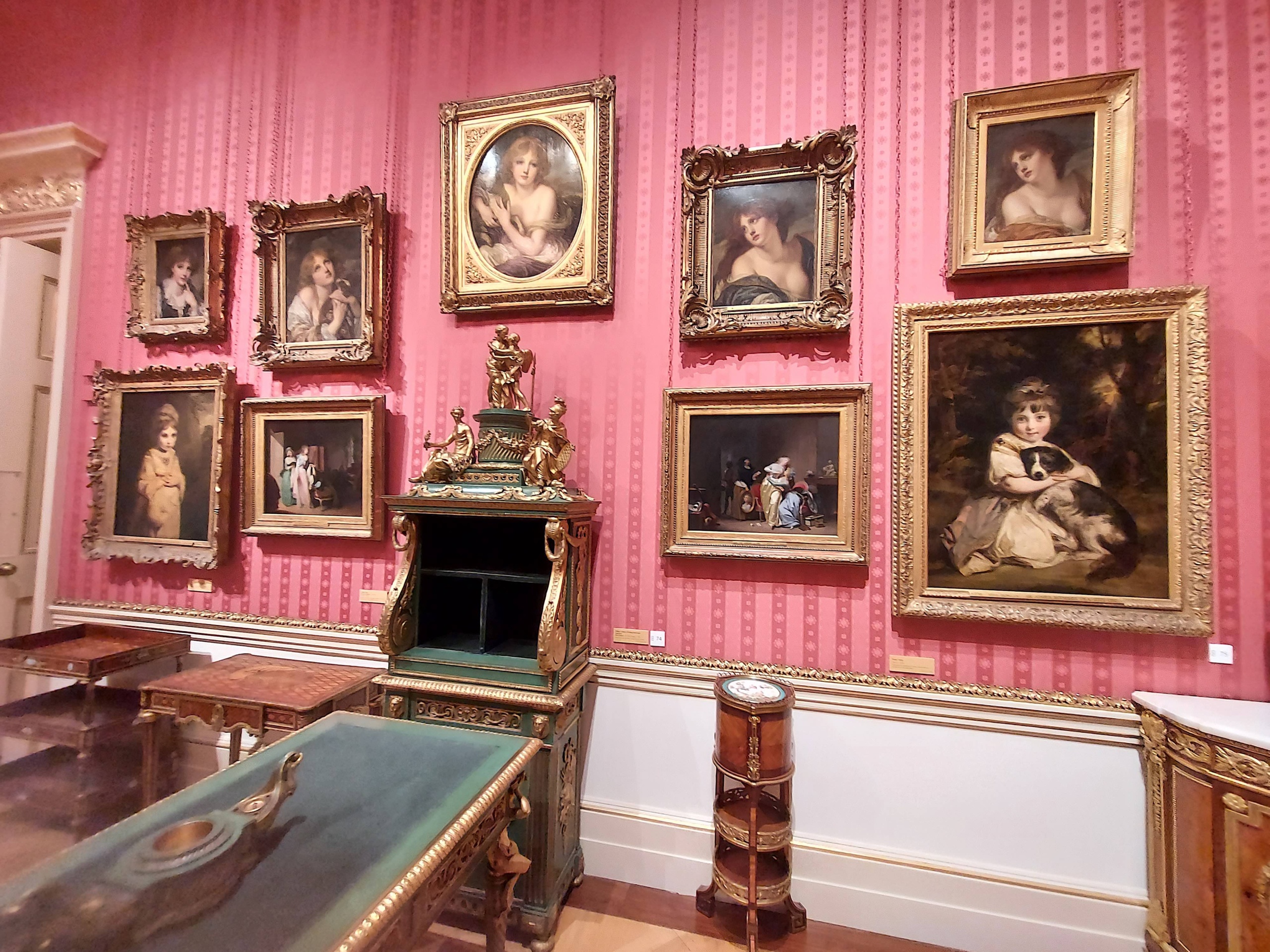 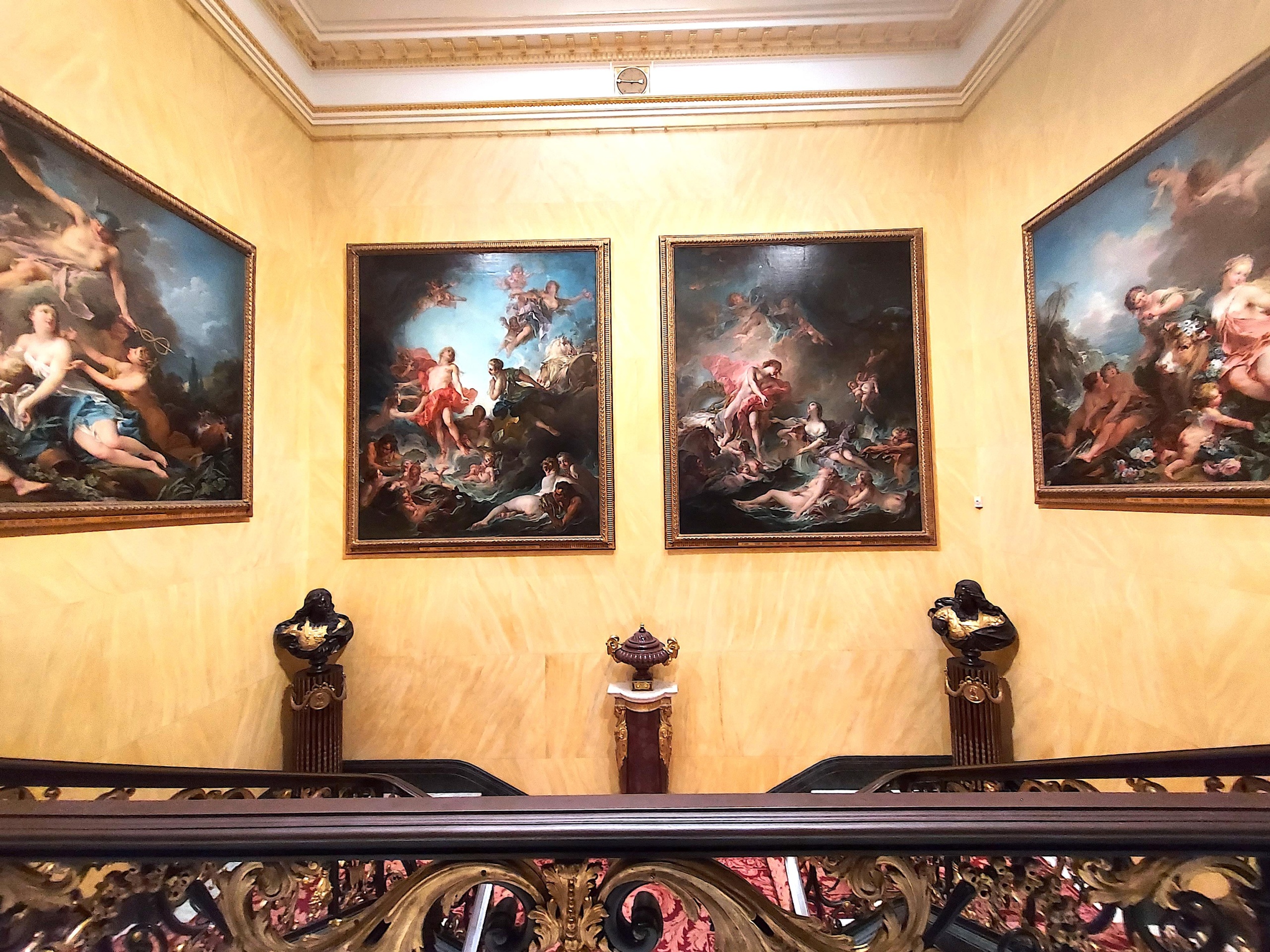 Another celebrated French artist, Delacroix, was amongst the first to move away from Neoclassicism and the Academic style. He emerged as the leader of the Romantic movement and declared a preference for the colour and energy of the Venetian Renaissance rather than perfect anatomical and geometric representation. His more expressive brushwork would later influence the Post-Impressionist works of Cezanne and Van Gogh.

Neoclassicism and Romanticism – The National Gallery

Stunning examples of such works can be found in the National Gallery, the UK’s national art institution. You’ll find Rooms 41-45 are devoted to art from the 19th century. Francesco Hayez’s ‘Susannah at her Bath’ is firmly in the Neoclassical camp and has exquisite nods to the art and sculpture of Classical Antiquity. But in the same building you’ll find the violence and passion of Delacroix masterpieces which use colour to convey mood and are not as hung up on details. It’s interesting to compare the two styles. 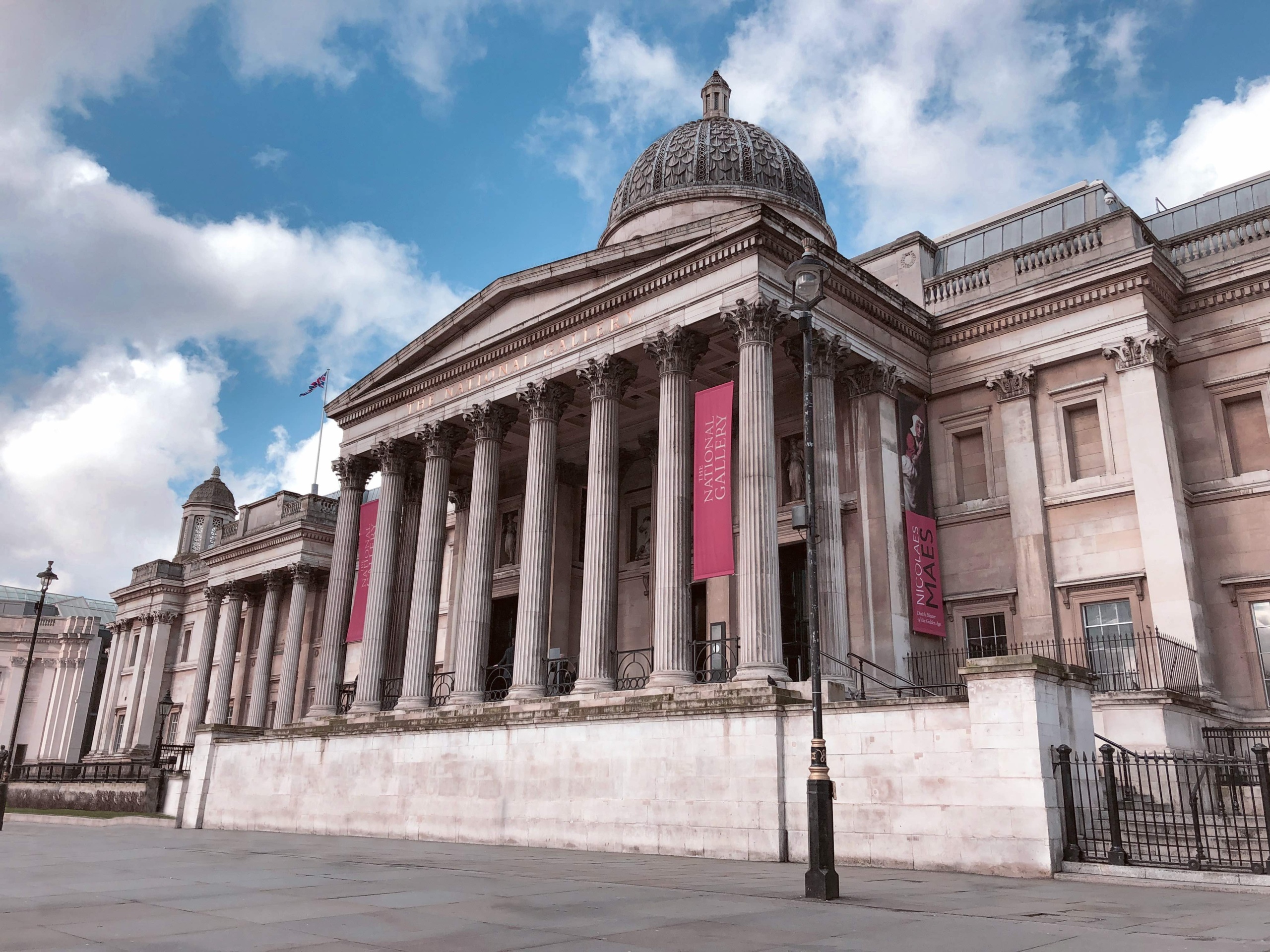 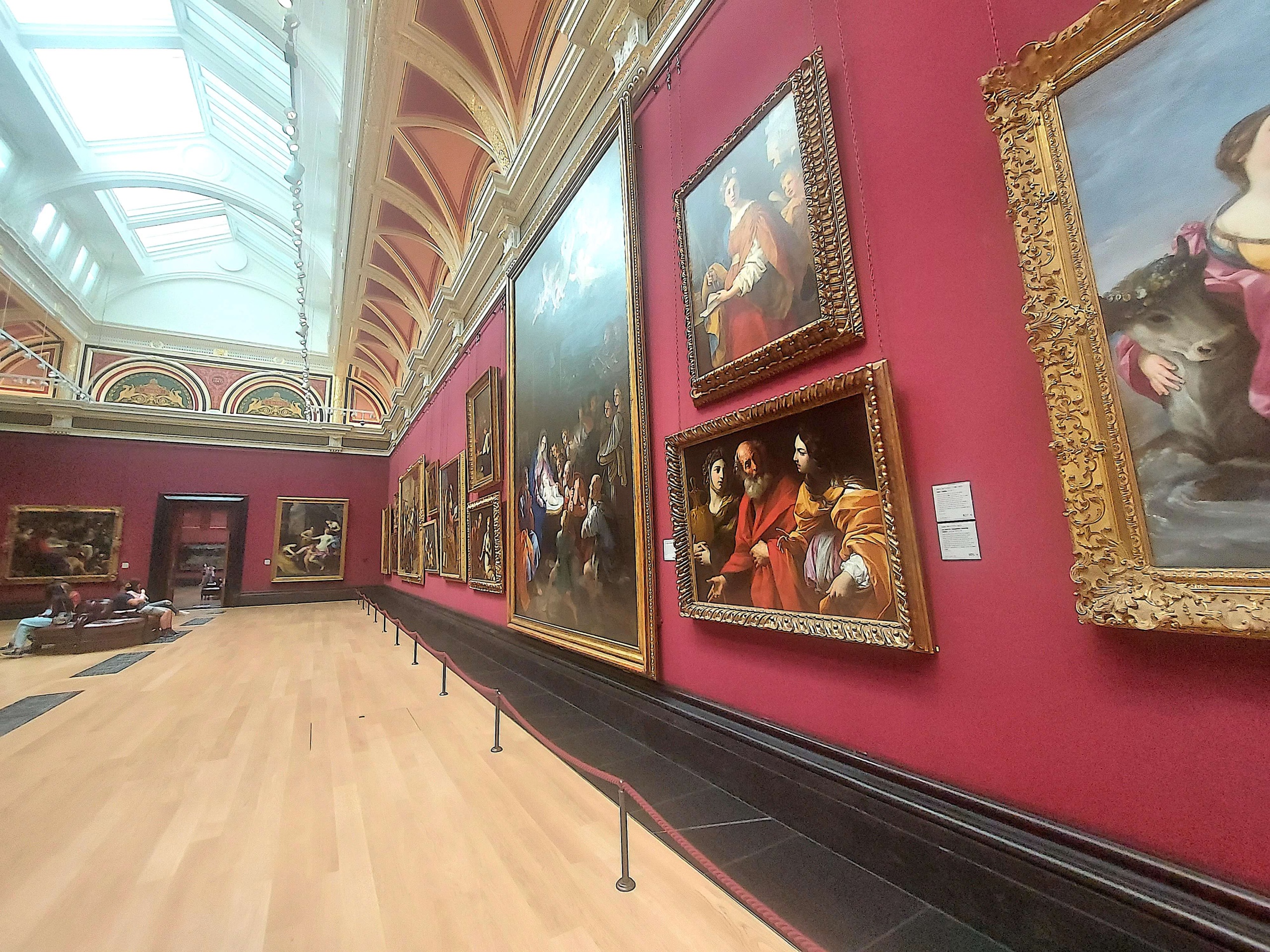 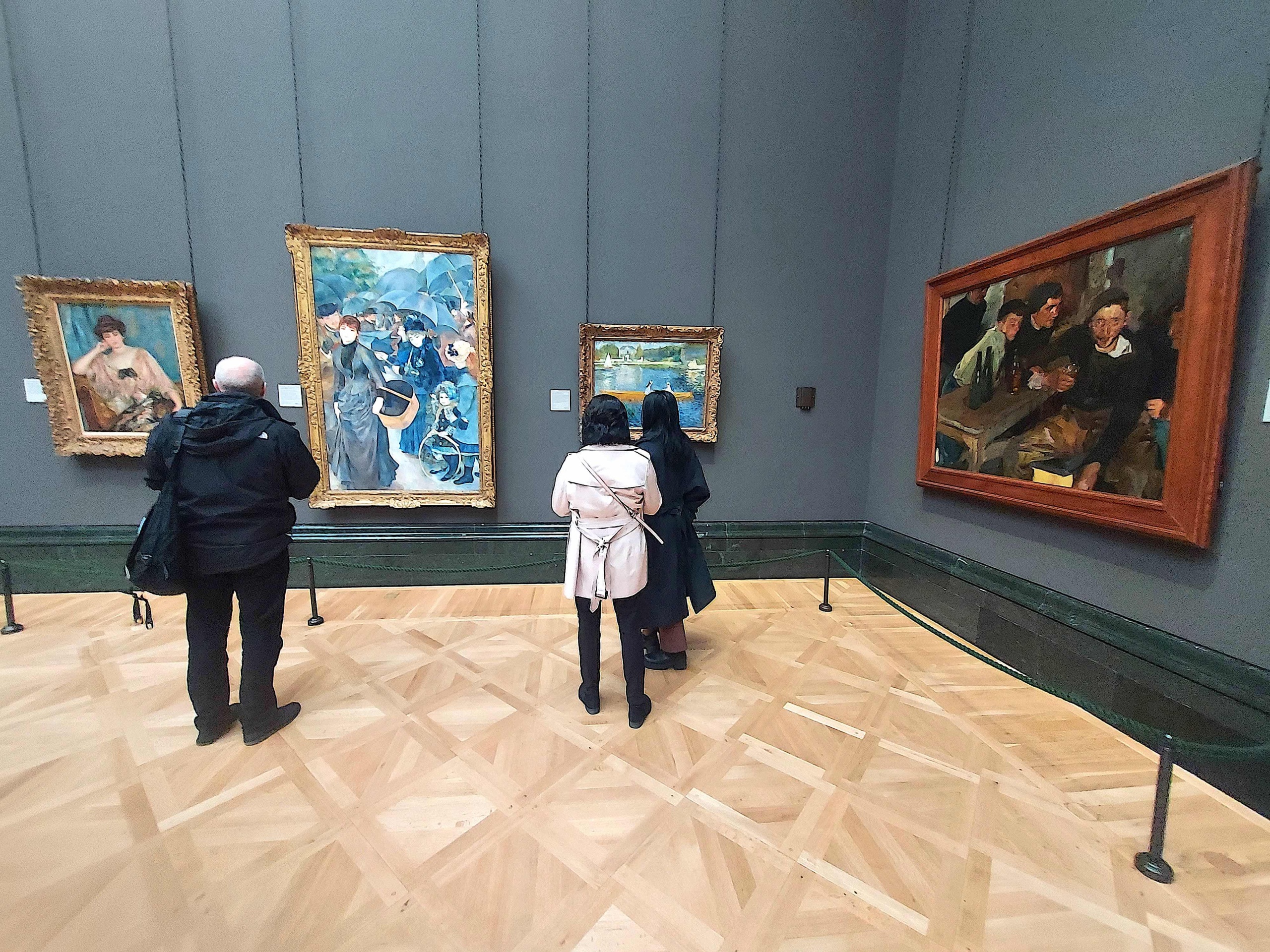 The National Gallery also has a considerable collection of Turner and Constable works. Both these English Romantic painters are recognised as amongst Britain’s greatest. But while Turner was the whizzkid accepted into the Royal Academy aged 26 and was always a big seller, Constable didn’t get accepted till eight years before his death and sold only 20 paintings in the UK. Constable’s apolline (comparatively lighter and brighter) approach to landscapes was considered unfashionable at the time while Turner’s dark dionysian seascapes attracted international acclaim and hefty sales.

It can certainly be argued that Turner’s later works presented a seismic shift in 19th-century art. These near-abstract works paid little attention to detail but focused on gestural brushwork capturing the all-consuming power of the forces of nature. Such is his legacy that his abstraction and approaches to the forces of light, wind and water inspire emerging and established artists today.

Aside from the National Gallery, Tate Britain is also worth a visit to see works by Turner. However, the Constable collection is temporarily in storage. 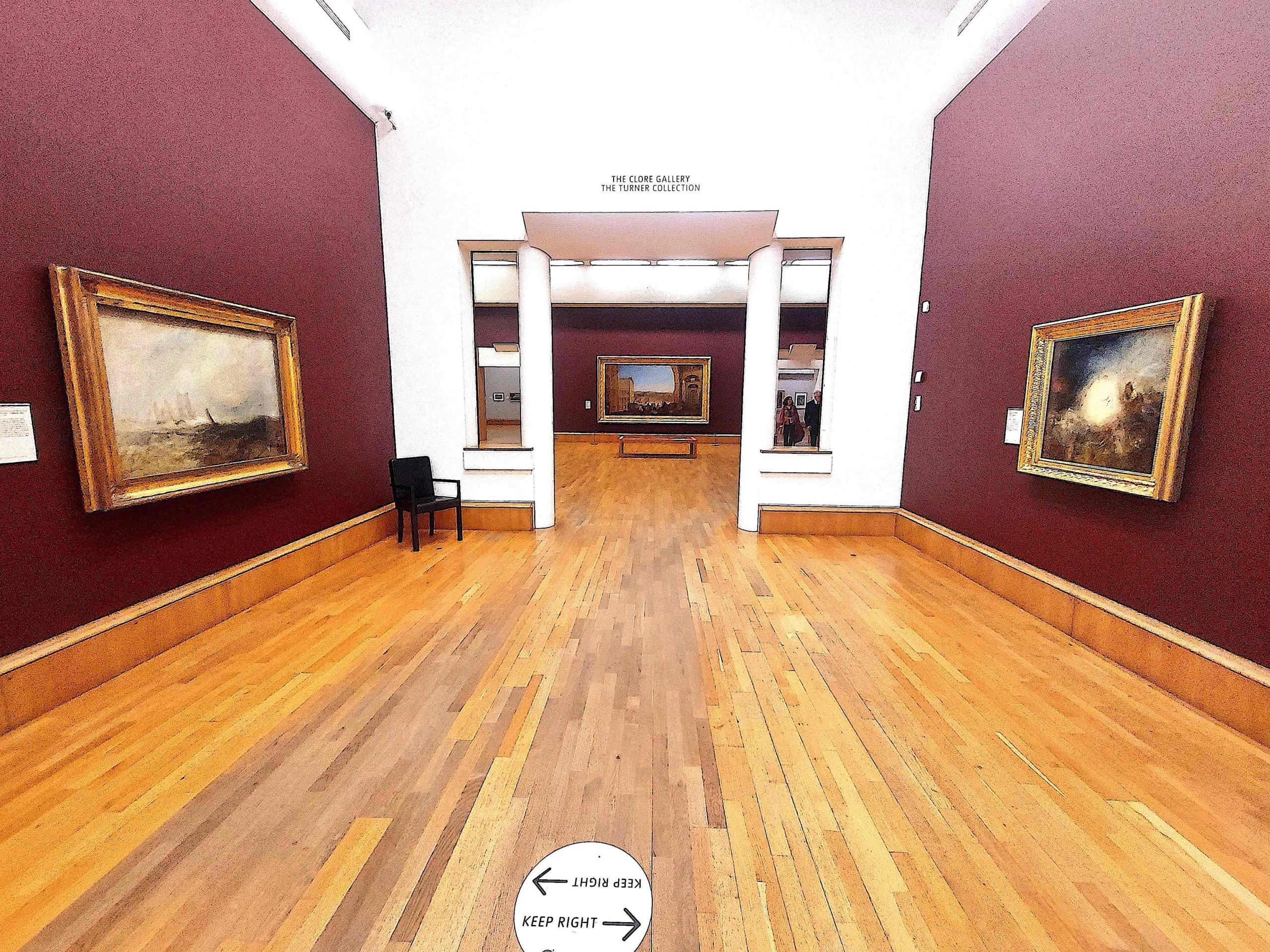 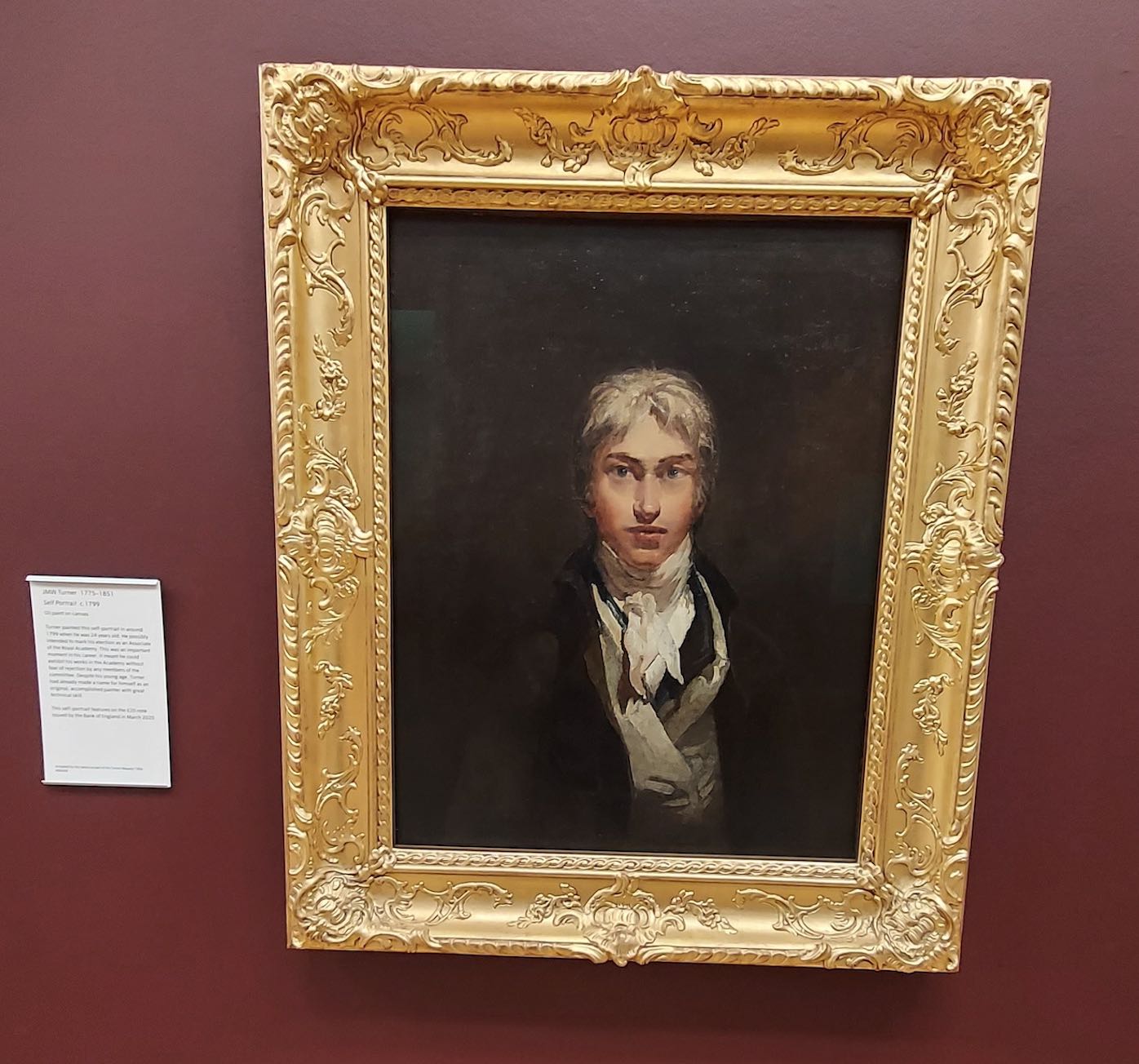 Indian visual artist Suchi Chidambaram lives in London and exhibits internationally. Her paintings have received praise for the way in which they depict water, river and sea features and capture movement and light. Turner is prominent among her influences. She says: “I am inspired by Turner for several reasons. First, his lifelong quest to paint and experiment. Also, I saw how painting and sketching were a constant through the ups and downs of his life. His study and use of colour in his depictions of light are so compelling. Furthermore, I admire his ability to capture the essence and mood of a landscape through unconventional methods .” 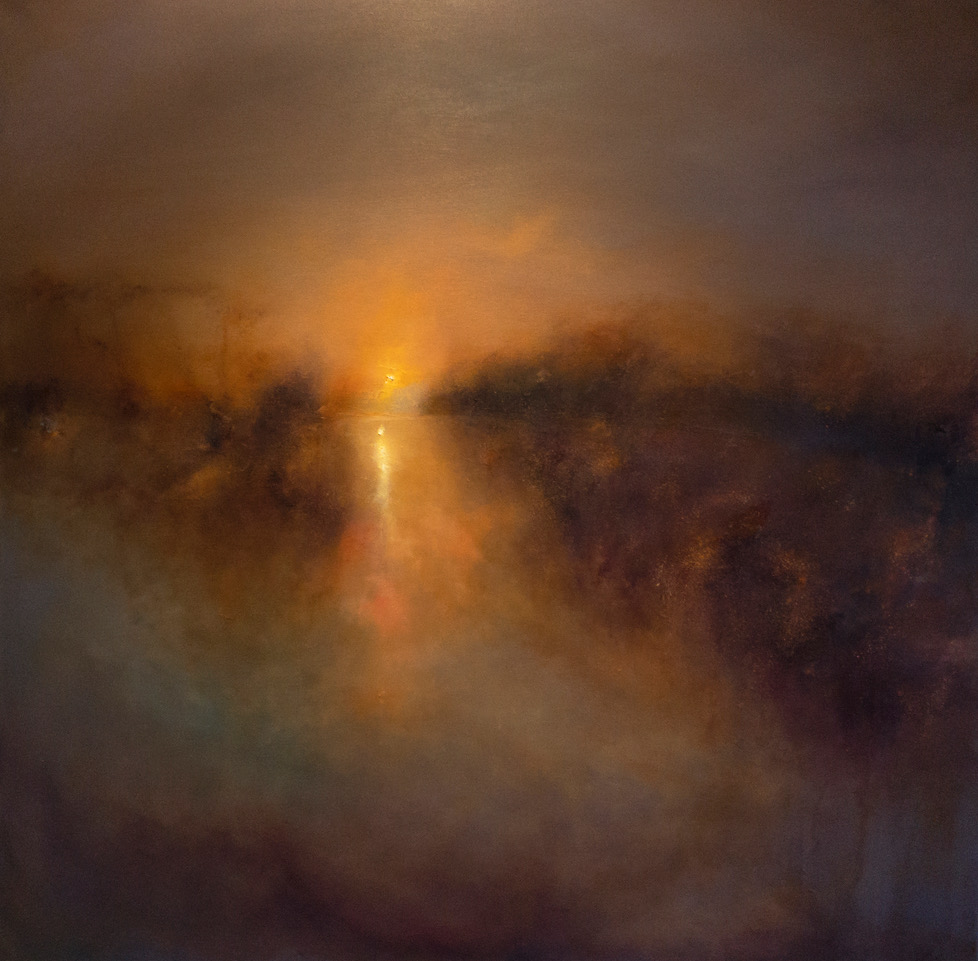 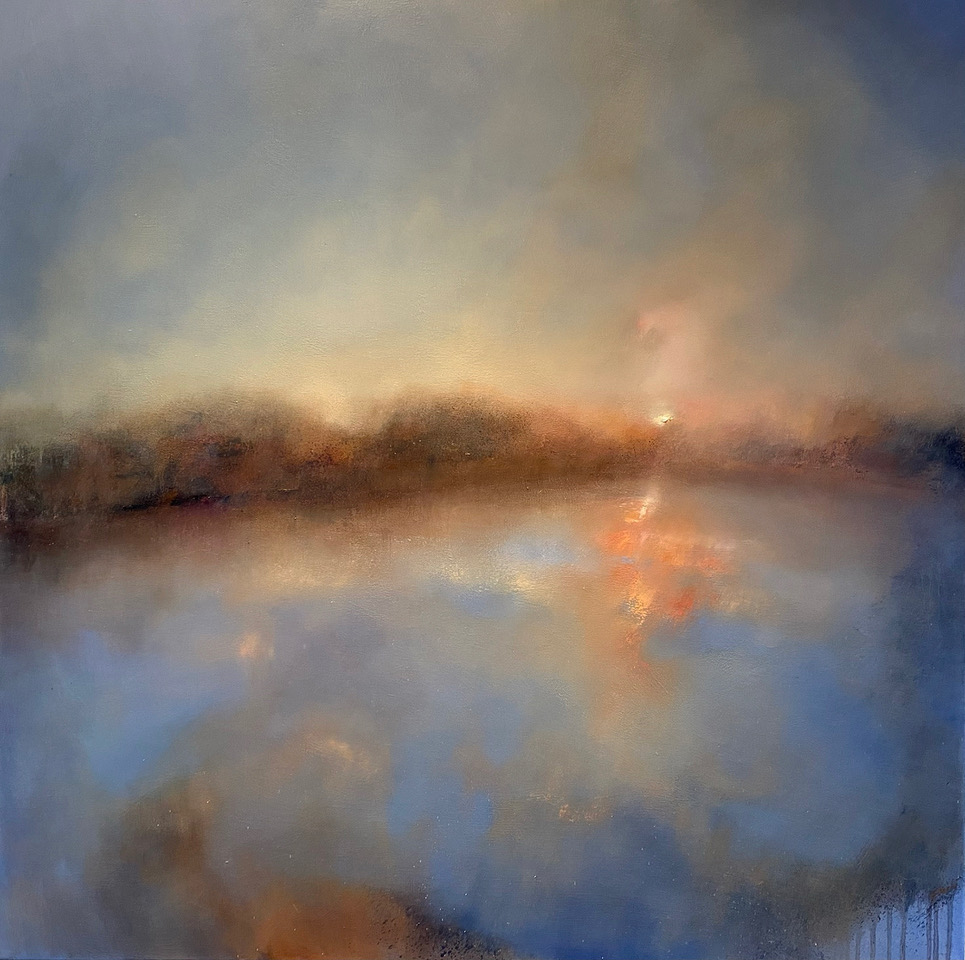 As regards her expressive approaches to capturing the atmosphere, energy and light of rivers and seas: “I am also very drawn to water and its reflections – be it the river or the sea. Living quite close to the river in Hammersmith, I find the Thames a constant source of inspiration, material and exploration for my work. Similarly, I find the light of the sea really captivating and have been particularly inspired by the coast of the West Country where there is such a sense of space and expanse. Each day by the river or sea is different, depending on the light, weather and season, which is always changing from one moment to the next. I often start painting again having seen something new, be it a colour or a pattern in the water, reflection or cloud, allowing for endless possibilities for work with oils.”

When we asked which of her works owe most to this inspiration’ she replied: “I recently began a new series of work which has particularly focused on the light of morning and evening – that time of the day when all or part of the sky is illuminated by reflected sunlight. This has resulted in several paintings with varying degrees of abstraction. For me, it is the light and this obsession to depict it seems to have intensified since the pandemic. Light is one of the most universal and fundamental symbols representing hope and wisdom – it seems even more relevant at a time of such turmoil and despair. In the process, I have explored several oil mediums while adopting an overall looser style. The learning has been invigorating, compelling and ongoing”

Also, London-based painter-printmaker Denise Wyllie says she owes much to the English Romantics and compliments both Constable and Turner. “Turner shows my emotional heart but Constable my pure scrutiny and observation of nature. She adds: “Turner and Constable’s small plein air oil sketches are inspiring, perfect encapsulations of the fleeting moments of English skies.” 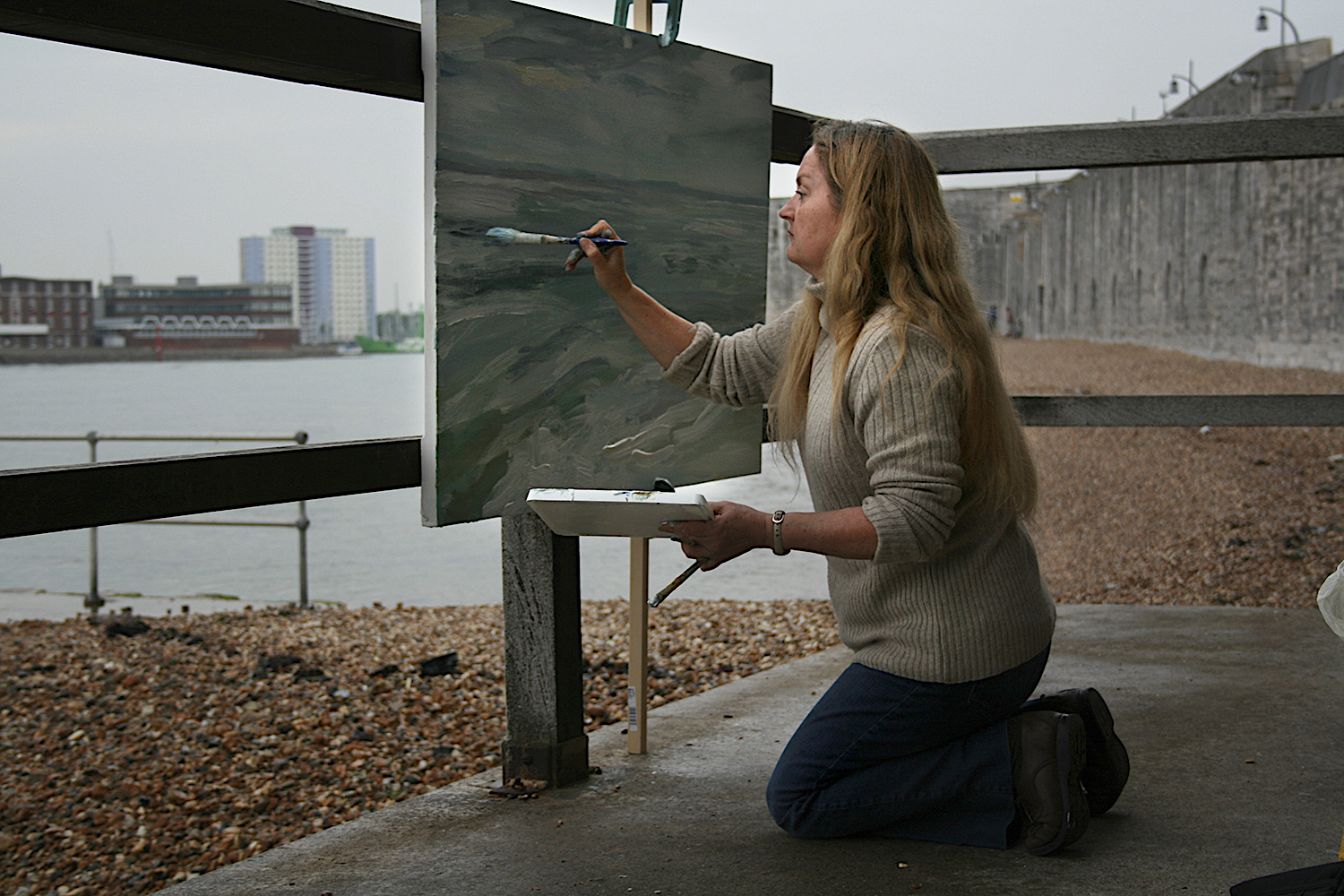 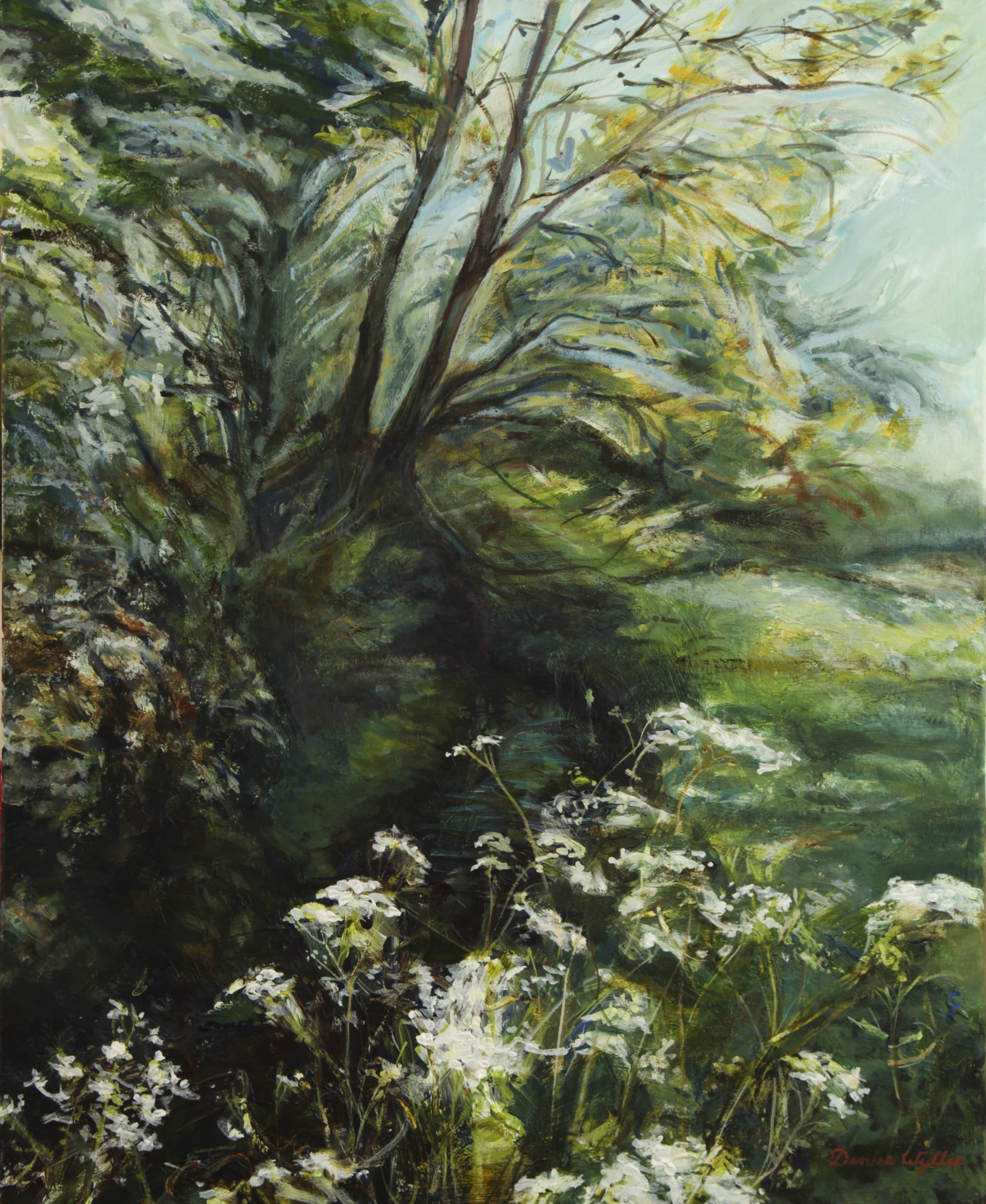 It seems 19th-century artists were always rebelling against something. If Romanticism was a reaction against the moral subject matter and proportional precision of the Neoclassicists, the Pre-Raphaelites emerged as a reaction against the ‘dour’ subject matter of the English Romantics. John Ruskin, a leading art critic of the day described the art that dominated the period as “the eternal brown cows in ditches, and white sails in squalls”. Was that a critique of Turner and Constable?

The Pre-Raphaelites harked back to the morally uplifting, high-minded subject matter of the Neoclassicist. But they weren’t particularly enamoured with the precision of form, perspective, light and brushwork found in Neoclassical works or art they associated with Raphael and all his later exponents. Confused yet? It seems the Pre-Raphaelites embodied the boundless spirit of discovery of the Victorian age, which permeated the arts, literature and science. And, perhaps, were consumed by a flux of contradictory ideals. 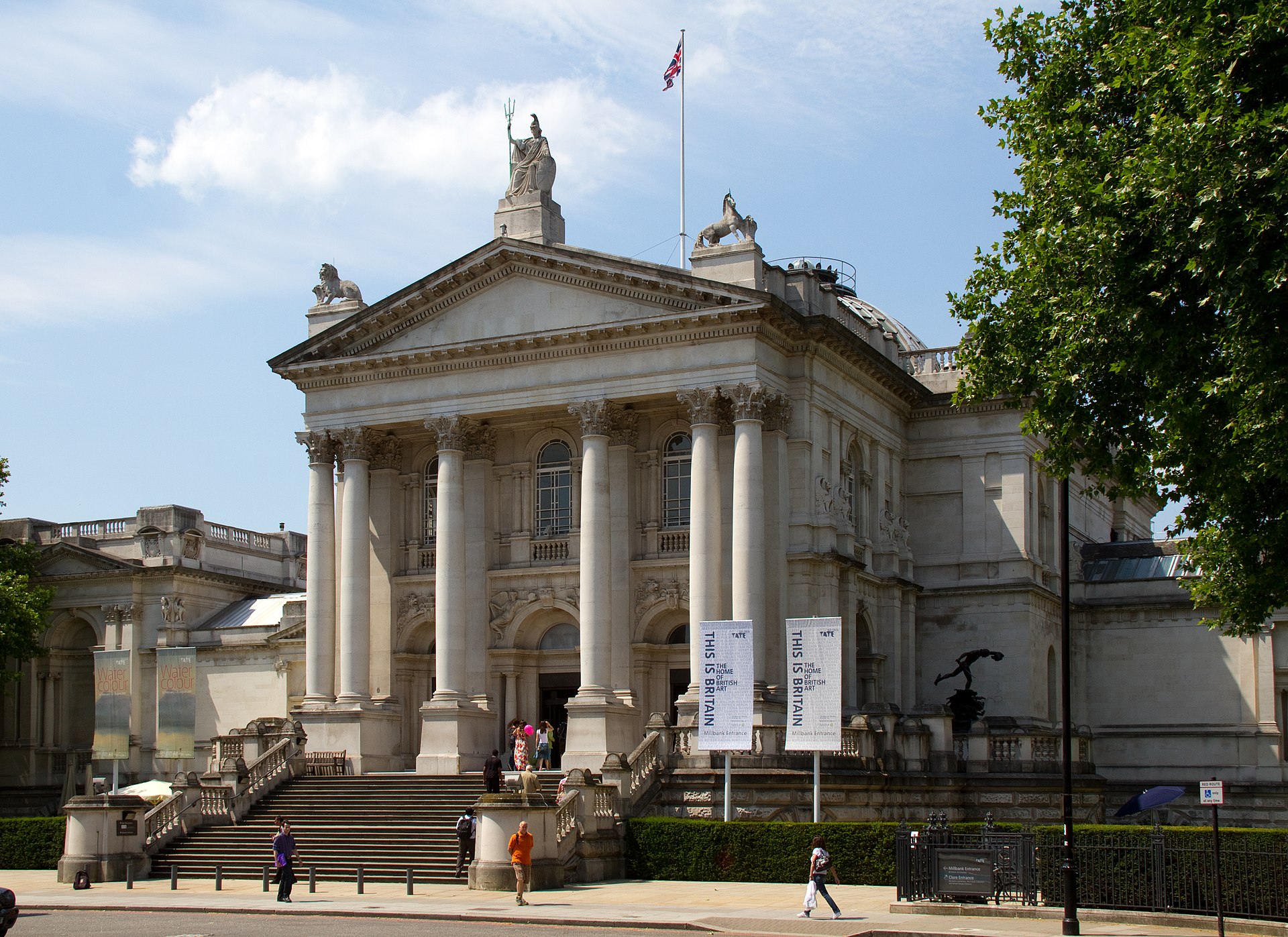 For amazing Pre-Raphaelite art, your first stop should be the Tate Britain, which has a sizeable room devoted to it.

The National Gallery and Tate Britain are national institutions with unrivalled collections of British art but the Courtauld Gallery in The Strand, London is a must-visit for lovers of Impressionist and Post-Impressionist works. The recent Van Gogh the Self Portraits exhibition shows his creative development right from his earliest paintings where he copied the dour brown hues of the popular Dutch masters. By 1886 he had joined his art dealer brother Theo in Paris, just as the Impressionists led by Monet, Pissaro, Renoir and Degas were in their ascendancy. The exhibition shows how his art became more vivid and expressive.

Gauguin was just a wealthy stockbroker and self-taught amateur painter until he hooked up with Pissaro and Degas, taking lessons from the former. But at the Courtauld, you see the earthy, matte hues and flat compositions which show a seismic break from the confines of Impressionism. And, indeed, works by Renoir produced after he left the movement; proclaiming emphatically “I had wrung Impressionism dry,” and moreover, “I finally came to the conclusion that I knew neither how to paint nor draw.” 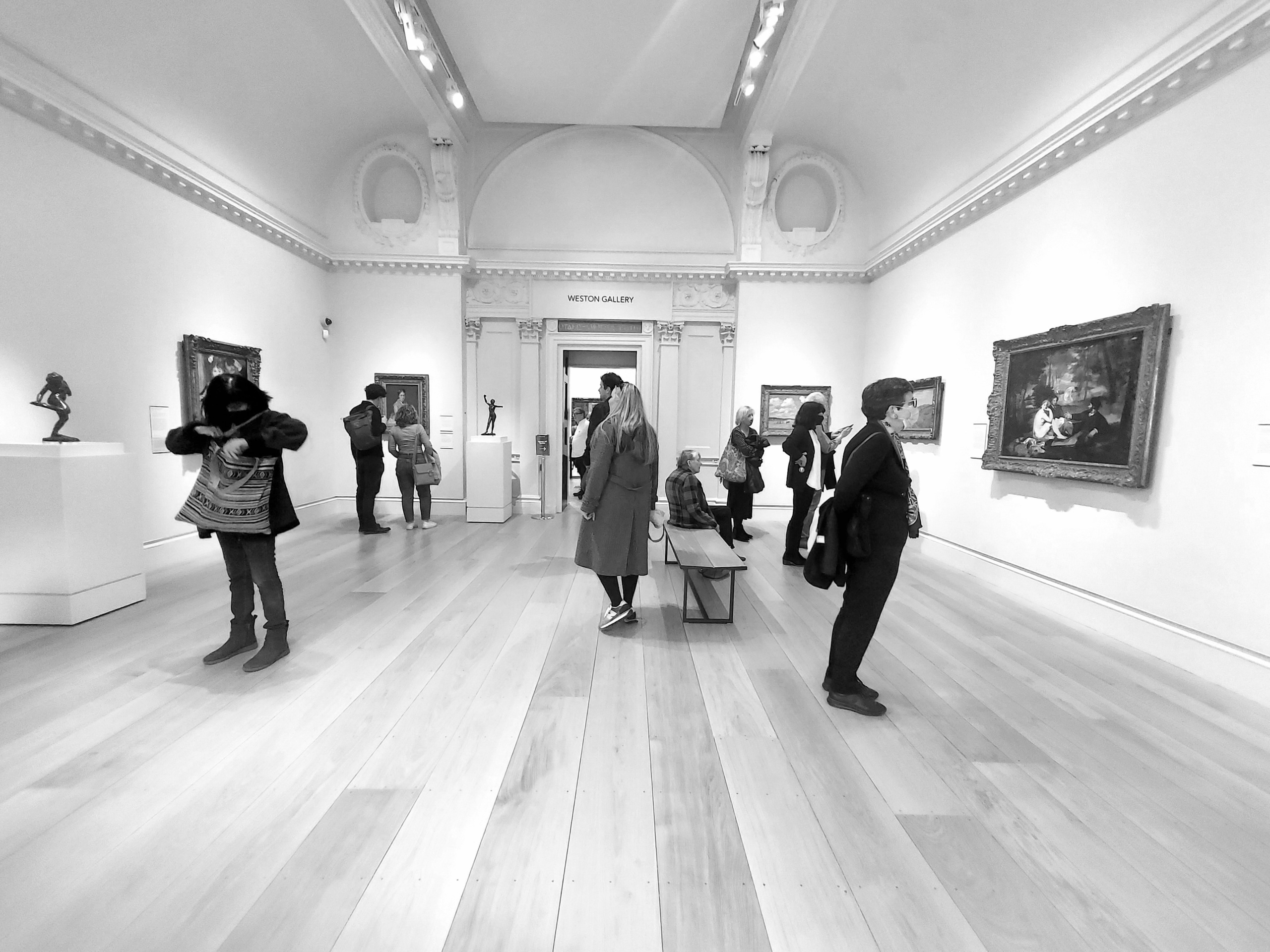 Yes, 19th-century artists rebelling against art movements (sometimes their own) but leaving an indelible mark on art history. Visit the galleries and museums below for more of their work.

The Victoria and Albert Museum