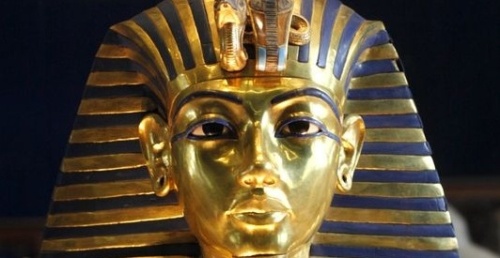 Make this a culture-filled New Year in our capital city! And if ever you needed motivation to head off to the British Museum in 2017 then the glorious but mysterious circumstances of Tutankhamun’s life and death might give you just that. For it was on this day in 1924 that English archaeologist Howard Carter discovered the Egyptian pharoah’s sarcophagus in the Valley of the Kings which contained a solid gold coffin of his remains. Two years earlier his research team had found his tomb but this important new development headed years of painstaking excavations in this purpose-built royal cemetery near Luxor.

Carter had been in Egypt on this mission since 1891 but only really got going once World War 1 had passed. He came across the find with archaeologist Lord Carnarvon and both were surprised to find the four room tomb to be more or less untouched despite the passage of time. The discovery unearthed 3,000 archaeological treasures including the Russian doll-style three solid gold coffins each containing a smaller coffin until the final one revealed the mummified pharaoh preserved for more than 3,000 years.

Tutankhamen (1332-23BC) died at the age of 19 and despite these short years became the most famous pharaoh in history more because of Carter’s find than anything achieved during his reign or any notable legacy. His father Amenhotep IV, on the other hand, made his mark by becoming history’s first recorded monotheist when he did away with Egypt’s tradition of many gods, settling for just one – Aten, which means the Sun.

Accounts of how Tutankhamun died range from the hypothetical to the bizarre. Damage to the skull point to a rival to the throne having a hand in it while other accounts suggest the archaeological crew’s failure to handle Tutankamun’s remains delicately had inflicted the damage. Other tests revealed a broken leg, malaria and perhaps a link between the two in hastening his demise. There are even claims he died when bitten by a hippo. Forensics also indicate he may have had a club foot and cleft palate through royal inbreeding.

Even more bizarre are claims that an undecipherable inscription on the tomb is actually a death curse. Several people linked to the unearthing of this royal cemetery died soon after, including Carter’s wealthy backer Lord Herbert from an infected mosquito bite. Subsequent studies have shown no link between increased deaths and the tomb. So pure superstition it seems!

If all that wasn’t enough, recent scans and excavations by the current Egyptian antiquities minister has uncovered more secret chambers in the tomb. And with these rapidly emerging developments new theories that the tomb was actually for his mother-in-law Nefertiti and later adapted for Tutankhamun’s death.

For more about Ancient Egypt: