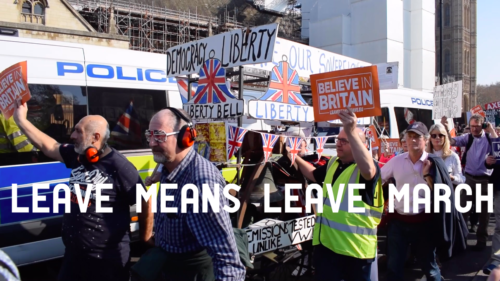 Thousands of protestors gathered in parliament square on the day that Brexit was meant to happen. Some had marched from as far as Sunderland over the last two weeks to be there, all in an effort to support Brexit. On the day when Theresa May’s deal was voted down for the third time, the overriding emotion was anger. These people felt betrayed by Parliament for not delivering on their promises.

Many people there were supporters of a ‘no deal’ Brexit and there was little appetite for May’s Deal, a softer Brexit or a second referendum (believe it or not). Though it seems unlikely that today’s protest will win over Parliament, if we’ve learned anything from the Brexit process, its that you never know what’s coming round the corner.