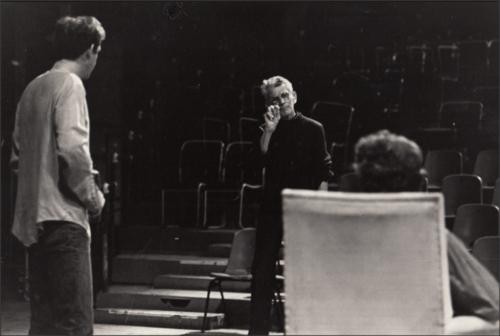 The Stockwell Playhouse in South West London has announced a Five Minute Theatre Festival where brevity is the only rule. They are seeking forty plays of five minutes or under for this event in November with only ten making it to the Grand Final where an overall winner will be selected. If you think five minutes is short then you’re in for a surprise. Below are some unusual facts about short and long theatre productions.

The world’s shortest play was Breath (1969) by Irish avant-garde dramatist Samuel Beckett. It is 35 seconds and consists of a child and adult breathing on a stage covered in trash.

The world’s longest play has two contenders. The 24 hour long The Warp by Neil Oram grabbed the title at the ICA in 1979. However, it has intervals – unlike the 23 hours, 33 minutes The Bald Soprano by Ionesco, which is slightly shorter but continuous. The Bald Soprano is on the official Guinness Book of Records website but this has already been surpassed by a 24 hour continuous production of Quizoola at the Barbican, despite the lack of official recognition.

The longest running play in history is Agatha Christie’s Mousetrap, which opened in the West End in 1952 and closed on November 18th 2012 after a continuous run. 26,000 performances over 60 years.

The unfortunate record of shortest theatre run in West End history belongs to The Intimate Revue, which closed at The Duchess Theatre, Aldwych in 1930 without completing its opening performance.

The deadline for entries for the Stockwell Playhouse 5 minute Festival 2017 is 29 October 2017.