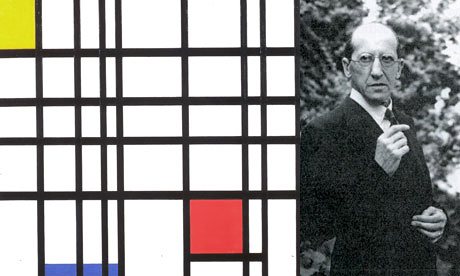 Our Artists in London series looks at how Piet Mondrian, one of the founder members of the Association Abstraction-Creation, drew inspiration from his visits to the capital. It was in Paris 1931 that this movement was formed but the Dutch artist’s creative journey would have an international flavour forced by the onset of the Second World War which drove him to New York and London.

By then he would make his mark as pre-eminent amongst 20th-century abstract artists with his rigidly geometric approach and use of primary coloured grids, rectangles and squares setting another demarcation point in abstract art. He termed this style neoplasticism and it evolved from his exposure to the Dutch De Stijl art movement and their non-representational tenets.

British artists Barbara Hepworth and Ben Nicholson were fellow Associate members and among the earliest to exhibit at its annual Cahiers. When they moved to Hampstead, London, Mondrian followed his disciples and was based there from around September 21, 1938 to September 1940. In fact, it was they who found him a studio at 60 Parkhill Rd, Belsize Park which now bears a blue plaque. Mondrian didn’t need much encouraging to leave. He had feared the rise of the Far Right ever since he had learned he was on a Nazi blacklist and in 1937 two Mondrian works were exhibited in Hitler’s Degenerative Art Exhibition. 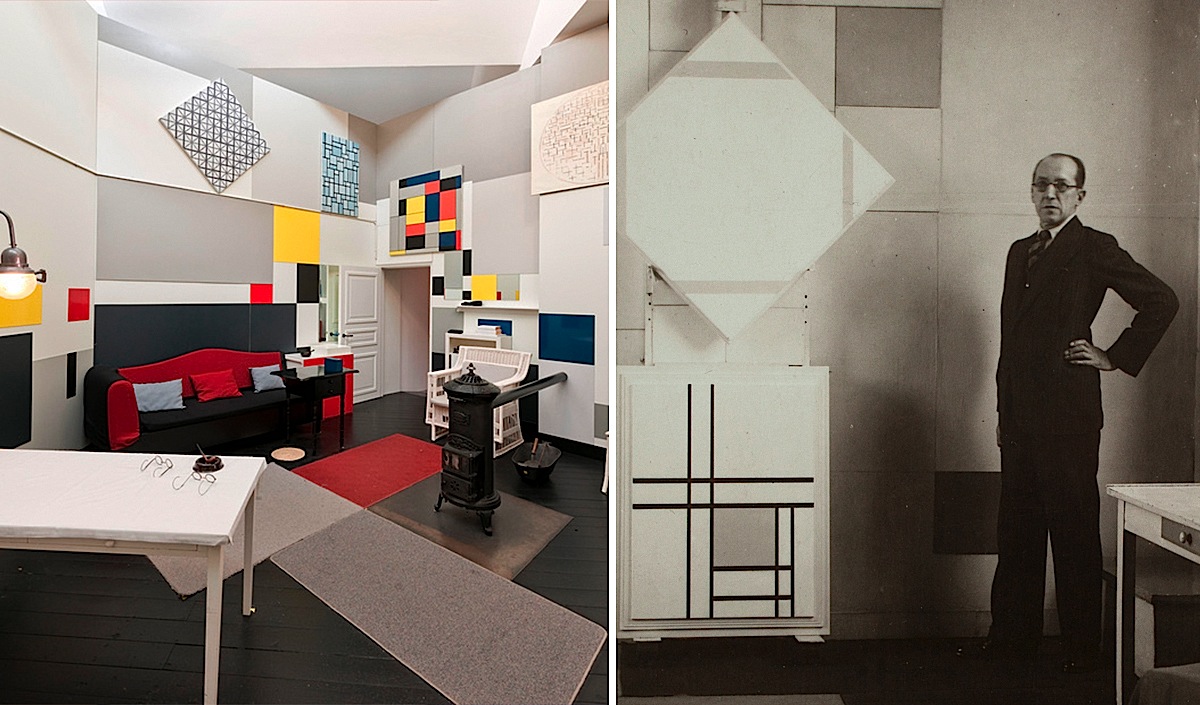 Mondrian colour-coded his studio-flat like one of his paintings

Hepworth recalls how the artist transformed the drab looking flat into a stimulating work environment and home, buying cheap furniture from Camden Town and painting it all white. Visitors later commented on how he used his signature avant-garde art style on the walls, furniture, kitchen items – anything that needed the appropriate vibe. Nicholson adds that its new decor gave the artist the energy and feel of the South of France.

His approach changed with this shift in geographical location. Situated at the bottom of his garden, it would become the trigger for a matured appreciation of space and colour with the rigid architectural emphasis allowing for a more intuitive use of his trademark primary colours. And this transition would continue without the support of his artist neighbours Hepworth and Nicholson who fled to St Ives as Germany invaded its own European neighbours.

They asked him to follow them to St Ives but he declined. Once the German Blitzkrieg began on September 7th, 1940, he packed up his belongings once again and left for New York. According to Nicholson, it was reports of an unexploded bomb next to his studio that made Mondrian relocate abruptly; first to a Hampstead hotel and then to the USA.

In truth, they would remain lifelong friends. In her memoirs Hepworth reminisces on her first meeting with him, recalling that his abstract style had caused such a reaction in London that it had been remarked that it would cause ‘the end of painting’. All publicity is good publicity and this air of rebellious celebrity soon had all the women flocking around him. He also had a fondness for London Jazz clubs and danced there with, amongst others, Peggy Guggenheim. This glamour in the capital was interspersed with real issues of selling paintings during a climate of international war which drove him from city to city.

By the time of his death in 1944 aged 72, many of his London paintings were incomplete although some had been previously despatched to New York. Composition London, though, was not amongst these. Completed 1940-42, by the time of his first solo exhibition in the Big Apple it was simply titled No.11. It now stands in the Albright-Knox Art Gallery, Buffalo, New York.