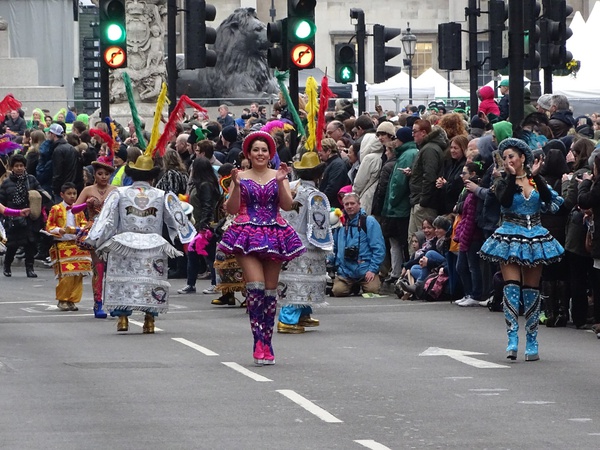 London celebrated St Patrick’s Day this year on a Sunday, March 15 . The event was a resplendent parade of revelry showcasing the best of Irish culture, folklore, myths, food, costumes and dancing. The colourful parade had green as the dominant colour displayed in the Irish flag, in the symbol of shamrock, a 3 leaf clover representing the trinity, in the food, in costumes of Bishop and the mythical creature Leprauchan with his pot of gold amongst others and in the wigs and beards donned by the merry makers. 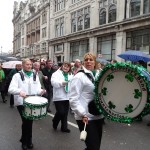 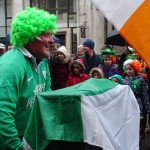 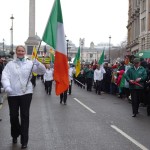 Floats representing all 32 counties of Ireland participated in the parade. The carnival that began at Green Park station marched  along Piccadilly to reach Trafalgar Square, which was the hub of the celebration and concluded at Whitehall with a quarter million Londoners witnessing the merriment. 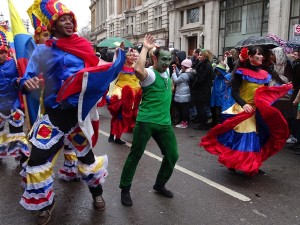 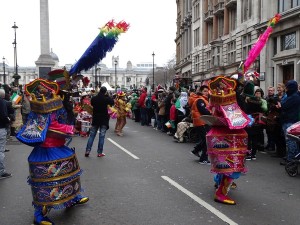 St Patrick’s Day is celebrated each year on March 17 by the Irish diasporia the world over as a feast day of Ireland’s patron saint, St Patrick. The St Patrick’s Day parade is one of the eight events organised in London by the Mayor Boris Johnson and is free to attend. 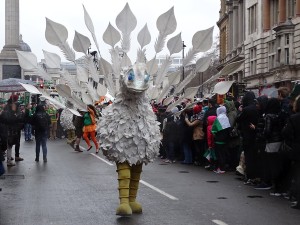 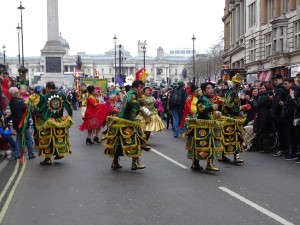 Did you watch the St Patrick Day’s parade at Trafalgar Square this year? How did you find it? Post your comments below.