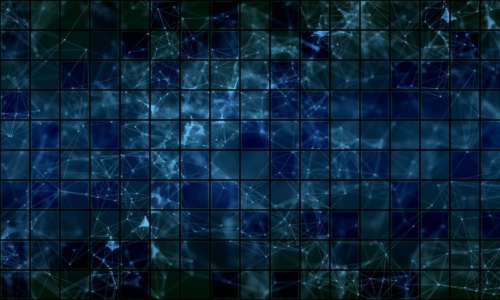 Every decade comes with science fiction films that capture the public’s imagination and forever shape entertainment discourse, but few can boast the legacy of the Matrix. Released in 1999 and followed by two sequels in 2003, The Matrix has become a cultural touchstone, reaching far beyond the confines of the mere film. With a new entry hitting the silver screen in The Matrix Resurrections, we thought now would be the right time to look back and see just how deep the Matrix rabbit hole goes.

Written and directed by the Wachowski siblings, the original Matrix film took obvious influence from both cyberpunk and anime. In fact, producer Joel Silver stated that while pitching the film, the Wachowski’s showed him the Ghost in the Shell movie, saying “We wanna do that for real”.

Anywhere before the late ’90s, such an idea in live-action might be dismissed as impossible, or even arrogant. While special effects had come a long way, the requirements that The Matrix demanded were unlike anything that came before. So problematic was what the Wachowski’s wanted that for certain shots, like the iconic 360 bullet-dodging scene, that filming technology had to be invented to make filming possible.

Also playing a major part in the film were elements of philosophy and identity. Though overlooked by most audiences at the time, The Matrix films have been confirmed as acting in no small part as a metaphor for the struggles faced by trans people to come to terms with who they really are. Even the red pill, which shows people the real world, was based on Premarin, a maroon tablet then commonly used in transgender hormone therapy.

When it arrived in theatres, The Matrix was met with critical and commercial praise. Making $466 million on a $63 million budget, the movie was destined for legendary status, and that’s exactly what it received. Followed by two successful though not as loved sequels, The Matrix series helped define the turn of the new millennium, and our hopes and fears about the increasingly technological world.

Totalling over $1.6 billion at the box office, there was no way that the series would remain confined entirely to the silver screen. Rather, the Matrix’s place in the zeitgeist meant it would influence an enormous number of other media, as well as myriad forms of merchandising.

In other films, The Matrix was credited as leading to a rise in slow-motion action shots for decades. Though these were already popular in certain circles thanks to action directors like John Woo, the broader appeal of The Matrix meant its tendrils reached much further. Movies like 2008’s Wanted and 2013’s Oblivion wore their appreciation for the series on their sleeve, though some efforts were considered a little too on the nose. Parodies like Scary Movie and Kung Pow: Enter the Fist were among the most blatant, though they could be forgiven as snapshots of pop-cultural eras.

Merchandise for the film comes in many forms, again both directly and indirectly. Directly, it’s the typical likes of branded clothing, posters, and phone covers that have tended to be the longest-lasting hits. In a more modern sense, it’s collectables like Funko Pops that have served to bring new life to The Matrix’s merchandising efforts, especially with new fans.

Outside of these big three, the only real other forms that the series has taken in terms of interactive media has been seen in online casino titles. Available from many free spins no deposit websites, these games aren’t the main focus, rather they act as popular titles among many others. That said, while these services usually rely on bonuses foremost, such popular titles can act as a tipping point for some users.

Indirectly, the influence of the film on the fashion of the time was undeniable, if occasionally a little embarrassing. Popular items around the time of release included Morpheus’ rimless sunglasses, which were cool if a little uncomfortable. Less subtle was the rise in full-length black trench coats, as certain fans strived to mirror Neo’s cool. Whether or not they succeed is a matter of personal opinion.

With the world having moved on so much since the first set of Matrix films, it’s difficult to determine the legacy the new movie or movies could hold. For some viewers, they might reignite old passions, tying in nostalgia and modern sensibilities to create more timeless classics. For others, the movies could be seen as grasping at bygone age, in a pointless attempt of relevance. At least, no matter what happens, we always have the original, and sometimes that’s enough.

The Matrix 4 releases in the UK on 22nd December.