Home  /  Movies & TV Shows  /  Keeping up with Indiana Jones: What We Know About the New Movie

Keeping up with Indiana Jones: What We Know About the New Movie 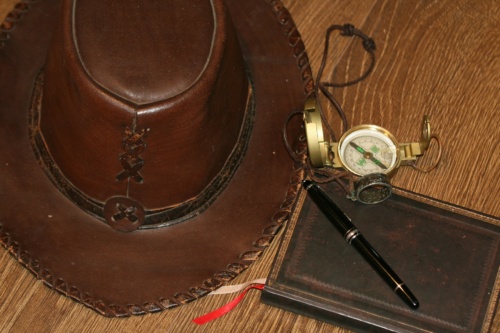 Intrepid adventurers don’t come much more iconic than Indiana Jones. So, when it was announced that the latest movie featuring the legendary movie character was coming to London, the UK public was excited. Not only will there be a new instalment in the film series, but the English capital will be at the epicentre of the action for the first time in the series. Historically, London has served as a backdrop in lots of blockbusters, with its recognisable attributes such as the River Thames, The Gherkin Tower and London Bridge. As for which landmarks will be making an appearance in the upcoming Indiana Jones movie, we’ll just have to wait and see.

As with most productions, the Indiana Jones 5 process is lengthy and has had a fair few setbacks since shooting originally began in London in 2021, not least an injury to the leading actor, Harrison Ford. With that in mind, here’s an update about everything related to Indiana Jones 5, from the movie itself to the cast, crew, and popularity of the franchise.

What Is Indiana Jones 5 About?

The truth is that we don’t know for sure. While filming in London has been happening for around a year, the production company and director have managed to remain tight-lipped about the plot, which isn’t ideal for Indy fans. However, there are a couple of details that have been released, as well as some that have been leaked. Essentially, the movie will be a sequel to Kingdom of the Crystal Skull, the fourth edition in the series that pitted Jones against the Russians.

However, it doesn’t seem as if the KGB will be involved in the upcoming release since London has been taken back to the 1960s, meaning there might well be a flashback element at the core of the storyline. The fact that Ford has been spotted wearing a mask equipped with red dots typically used for digital re-ageing is another indicator. Plus, scenes involving Nazis have been filmed, so the bad guys are likely to be German, not Russian.

Who Will Return to the Film?

It’s no surprise that Harrison Ford will portray the fictional character that arguably made his career. With Ford not wanting to give up the role, and the producer stating that it won’t be re-cast, it was a no-brainer. Sadly, except for Ford, there aren’t many details regarding returning cast and crew members, although John Williams will compose the score and John Rhys-Davies is keen to come back as Sallah again.

The good news is that the new cast is very impressive. Phoebe Waller-Bridge is the main female protagonist, Toby Jones is confirmed, and so is Antonio Banderas. On top of these actors, Mads Mikkelsen, Thomas Kretschmann, Renée Wilson, and Boyd Holbrook are slated to make appearances.

Is London the Only Shooting Location?

No. Filming has taken place in Italy and Morocco, too, which isn’t shocking considering the size of Indy’s carbon footprint. The man’s a jet-setter. However, Londoners will be happy to hear that the Big Smoke appears to be at the heart of the plot, as does the United Kingdom in general. Scotland is another destination, and Glasgow has already been transformed to resemble 1960s New York. Of course, the movie series has a close connection with Scotland after The Last Crusade cast Sean Connery as a gruff, Scottish father.

Is This Harrison Ford’s Last Run Out as Indy?

Nothing has been confirmed, but it’s reasonable to assume that Ford won’t be able to continue for much longer. For starters, he’ll be in his 80s by the time the movie airs. Performing the kind of stunts required for a legendary action movie is a young man’s game. Also, the time between the fifth and sixth instalment won’t make matters better. Still, despite Ford’s comments about Indiana Jones dying after he relinquishes the role, the odds are high that someone else will take over the whip after the actor retires.

After all, the demand for Indiana Jones’ films is considerable, which is highlighted by the fact that there are five movies within the film series. Other than Rocky, not many institutions have this level of sustained consistency. Yet it’s more than the big-screen adaptations that indicate how much Indy is loved because the character features and inspires multiple releases on various platforms, such as gaming. A total of 27 Indian Jones video games exists, spanning several decades, from the Atari generation to the PC, Gameboy, PlayStation, and Facebook generations. As a result, the character’s legacy has not only survived but flourished over time.

An excellent example of this is the move into the iGaming sector, where the market is growing rapidly. Prolific developers, IGT, have created an officially franchised Indiana Jones slot that regularly features within top new slots lists within the UK. In addition, in 2022, online casinos leverage Indy’s likeness as a theme to appeal to players, and it works, with Indiana-inspired offerings like Whisker Jones and Rich Wilde regularly appearing on the lists of the most popular online slot machines from market-leading developers. The legacy of this iconic character has been thoroughly cemented within the iGaming market, but what of other facets within the entertainment industry?

Well, there’s the spin-off TV show, Young Indiana Jones, to factor into the equation as the constant episodes will only increase the public’s appetite for another movie. The same applies to the Indiana Jones comics that are part of the Marvel franchise, and we all know how good Marvel is at capitalising on a franchise. Therefore, while it might be Ford’s final appearance, the role will continue to command big audiences in the future, which means another Hollywood release isn’t out of the question.

When Can You Expect Indiana Jones 5?

June 30th, 2023 is the date the owners are committed to, but it’s not that straightforward. Originally, the release date was 2019, before being pushed back again to 2020, 2021 and 2022 due to delays. Finally, the powers that be decided in 2023. However, additional delays could push it back further. Fingers crossed, then!