The Problem With Council Tax 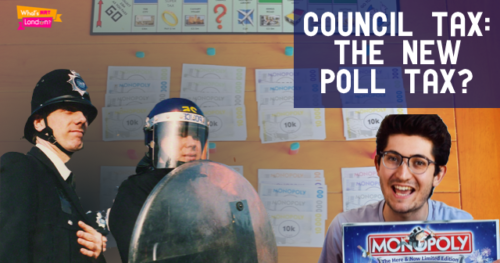 “The most boring and complicated subject in all of public life” – said the man who created the infamous Poll Tax. The results though were anything but.

The flat tax rate which meant rich and poor paid the same, led to riots up and down the country and the removal of Margaret Thatcher. The Poll tax was eventually replaced by Council Tax, which began in 1993, however our local government funding hasn’t been looked at since then. At least in part over a fear of repeating the past.

But since 1993 Council Tax has become a more and more regressive tax which hits the poorest hardest, a modern emulation of the Poll Tax, the very thing it tried to avoid.

If talk of taxes makes you want to click off this video straight away, please stick around I promise I’m gonna make it fun. We got board games!