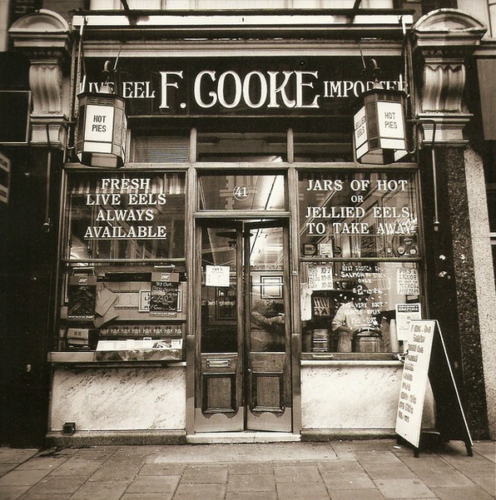 The East End is proudly associated with London’s working-class communities but in recent years gentrification, government infrastructure investment and other cultural and economic factors have transformed the demographic. Jellied eels and pie and mash are no longer so popular but this wasn’t the case in decades past. In the 18th and 19th centuries, the boroughs of Newham, Tower Hamlets and Hackney in particular became a magnet for the poorer sections of the population for many reasons and developed a well-defined culture within these socio-economic binds. A closer look at the history of the East End and its fast-changing communities will throw some light on this change in food preferences.

During the Victorian age, Britain was an economic superpower but the relentless charge of capital growth since the Industrial Revolution meant that waste byproducts weren’t adequately dealt with. Industrial pollution was most evident in the east of London making it a less attractive place to live and so affordable for the poor. The growing working-class communities there blamed it on a downwind from the Thames bringing the smells of pollution eastwards. Obviously, this is no longer the case but centuries later the working-class are still rooted in the East End.

Some historians point to more organic demographic factors such as the expansion of dock industries and the high concentration of factories attracting the working class. Indeed, during the Second World War, the Nazis became aware of this valuable factory infrastructure that powered Britain and targeted the East End with their blitzkrieg attacks.

However, thriving communities developed and the remnants of that concentration of factory labour are there to this day. But many of their long-held customs and cultural preferences passed down throughout the generations are fast disappearing. Proud East Enders try to hang on to their heritage but there are constant reports of local landmarks closing down in the face of a wave of swanky, trendy dining options in our uncompromisingly fast-moving push-button age. 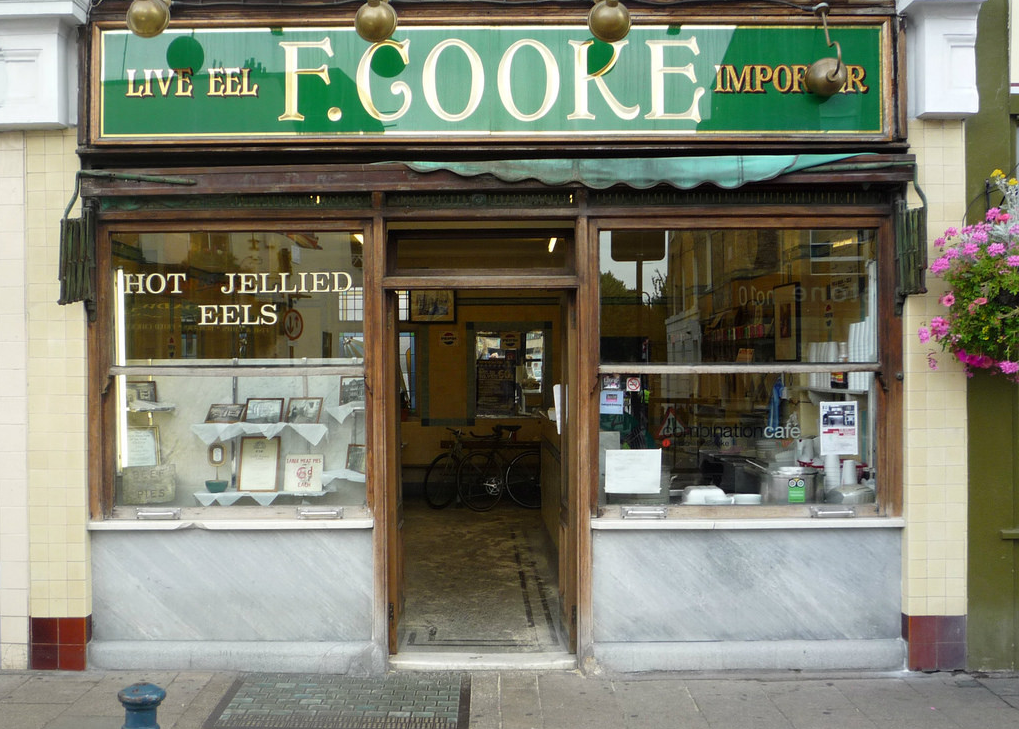 The Broadway Market, Hackney branch of F.Cooke closed in January 2020 after 120 years of trading and was London’s oldest pie and mash shop. Owner Bob had been carrying on a family tradition started by his grandfather Fred who opened London’s first pie and mash in Brick Lane in 1862. Bob is a stickler for culinary custom and kept the menu unchanged for 100 years regardless of food fads or the changing community. The simple menu was essentially pie, mash and liquor (liquor is the parsley sauce used for cooking eels), eels and mash or servings of jellied eels.

The shop was so tied to tradition that the owners continued to have sawdust sprinkled on the floor, decades after the original purpose had become obsolete. Eel bones on the floor made it slippery back then, and the sawdust gave customers a firmer footing. Pie and mash is associated with the East End because it was historically an affordable food for the poorer classes. South-east London also developed a preference for it. The eel vendors had a ready source because eels were sturdy enough to thrive in the over-polluted Thames in Victorian London.

Now the Grade II Listed building has been sold off to a local fish and chip shop but the interior has to be kept unaltered because of its historical status. That element of F.Cooke will at least live on and also his daughter runs an F.Cooke shop in Romford with her husband. And another member of the Cooke family married a descendant of the Manze family – who also claim to have opened the first pie and eel shop in London. The family ties run deep; their grandson is the manager of this disputed ‘London’s oldest pie and mash shop’ in Southwark.

Bob Cooke and his wife commented:  “I want to stay here but the people aren’t here anymore. There’s no more East Enders anymore.”

Do you agree or disagree?

It’s been based in Calvert Avenue, Shoreditch for 100 years and passed down through generations of the Tothill family but now they have closed shop forever and the Museum of London are the new owners. After World War 1, demobbed soldier Sydney Tothill invested in the stall and found his first customers amongst the crew of the No78 bus that terminated nearby after a day’s service.

His granddaughter Jane kept the menu simple, with freshly filled rolls, coffee and loose leaf tea while Syd sold coffee substitutes made from coffee bean and chicory as well as Bovex, an affordable Bovril preferred by East Enders. But after 30 years at the helm, she sold her last cuppa just before Christmas in the face of the influx of swanky Costa and Starbucks alternatives across the capital. Jane has treasured memories and looks forward to visiting it at the Museum of London’s new space in Smithfield market, which opens in 2024. 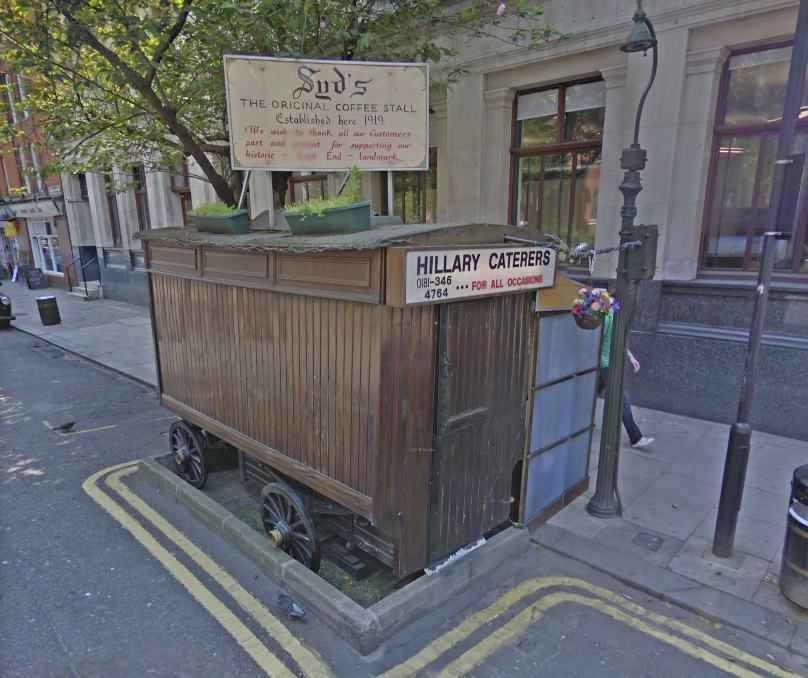